Every Day is a Day of Repentance 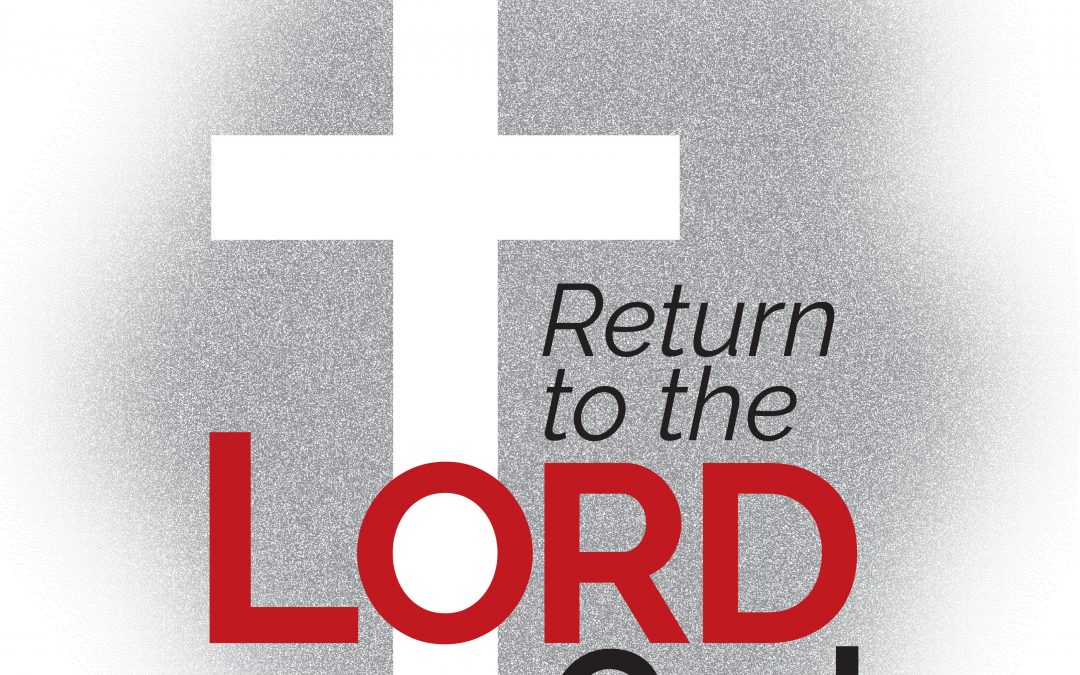 The Apostle Paul, in his Second Epistle to the churches at Corinth, admonishes the Corinthians, and all Christians, “Working together with Him, then, we appeal to you not to receive the grace of God in vain.  For He says, ‘In a favorable time I listened to you, and in a day of salvation I have helped you.’  Behold, now is the favorable time; behold, now is the day of salvation” (2 Cor 6:1–2).  This is the working of the external Word upon us, through which means God has chosen to create and grow faith in us, as Paul says to the Romans, “So faith comes from hearing, and hearing through the word, the utterance, of Christ” (Rom 10:17).  God is certainly able to effect everything without using the external Word as His instrument.  As Martin Luther said, “God, working inwardly through the Spirit, gives the blessing and the success.  He permits not our labor with the outward Word to be in vain.”  He honors His Christian people by calling us His co-workers, while He “is the true Master, performing inwardly the supreme work.”

Luther also observed, in the first of his Ninety-Five Theses, “When our Lord and Master Jesus Christ said, ‘Repent’ (Mt 4:17), He willed the entire life of believers to be one of repentance.”  So how many of your days does Christ desire be days of repentance?  He wills that every day of your life be a day of repentance, as Paul says, “Behold, now is the favorable time; behold, now is the day of salvation.”  While the churches of our Kansas District observe a Day of Repentance, and Ash Wednesday always has been a day of repentance, every day is an Ash Wednesday, Ash Thursday, Ash Friday, and so on.  To repent is to turn, to turn away from sin and from the enemies that tempt us to sin, the devil, the world, and our flesh, and turn back to God.  We hear the Law of God, we see its accusing finger pointing at us, and we feel its sting—some days more harshly than others, but Lex semper accusat, the Law always accuses.  Even when we think that we’re doing fairly well in keeping God’s Law, there’s always, “Yeah, but did you do this good work as the Lord commanded?  Did you do that evil deed He said not to do?”  The LORD God declares through the Prophet Ezekiel, “Behold, all souls are Mine; the soul of the father as well as the soul of the son is Mine: the soul who sins shall die” (Ezek 18:4).  And “in the Book of the Law of Moses” He declares, “Fathers shall not be put to death because of their children, nor shall children be put to death because of their fathers.  But each one shall die for his own sin” (2 Ki 14:6; Dt 24:16).  This means we all deserve to die, “for all have sinned and fall short of the glory of God” (Rom 3:23), as the Apostle Paul again reminds us.

On this day we are marked with a cross of ashes as a reminder of our mortality.  We are death-bound, not because God decided to be mean to us, His creatures, but because we decided to be our own ‘gods,’ we “repented” of God, turned away from Him in rebellion.  Yet there is more to this cross of ashes, just as there is more to the Word of God than the Law.  The Law doesn’t have the final say.  The purpose of the Law and of repentance is not to leave us in our guilt and shame.  As the LORD declares through the Prophet Joel:

“Yet even now,” declares the LORD, “return to Me with all your heart, with fasting, with weeping, and with mourning; and rend your hearts and not your garments.”  Return to the LORD, your God, for He is gracious and merciful, slow to anger, and abounding in steadfast love; and He relents over disaster.  (Jl 2:2:12–13).

There is the call to repentance, “Yet even now, return to Me … and rend your hearts and not your garments.”  Rending garments, like wearing the ashen cross, is to be an outward sign of an inward change being worked by the Holy Spirit.  The Law and repentance are given to lead us to see our need for mercy and salvation, for something or Someone to deliver us from guilt and shame, from sin and death.  Repenting of and confessing our sins, we say, “I am sorry for all this and want to do better.”  How can we, who were conceived and born in sin, do better?  With Paul we say, “Wretched man that I am!  Who will deliver me from this body of death?” (Rom 7:24).

In today’s Epistle, Paul quotes from the Prophet Isaiah (49:8), “In a favorable time I listened to you, and in a day of salvation I have helped you.”  That’s the 49th chapter, in which the Servant of the LORD is speaking.  He says that the LORD His God—in whose eyes the Servant is honored—His God and Father has said to Him, “It is too light a thing that You should be My Servant to raise up the tribes of Jacob and to bring back the preserved of Israel; I will make You as a light for the nations, that My salvation may reach to the end of the earth” (Isa 49:6).  Here is the LORD your God’s grace and mercy, His slowness to anger, and His steadfast love for you, His Servant-Son, the Lord Jesus Christ.  And not just Jesus the Teacher, though He certainly is that.  To live as He has taught in today’s Gospel reading—giving alms to the needy, praying, fasting, laying up treasure in heaven—is not the Law, “Do these things, and then you will live; then God will let you into His kingdom.”  Rather, this life is the fruit of grace, the fruit of the Gospel.

What is the Gospel?  The Good News, or the Good Tidings of our King’s victory over His enemies, His enemies and ours, sin, death, hell, the devil, the world, and our flesh.  He won the victory for you by sending His Servant-Son to be Christ the Crucified.  Yes, you have heard that before, and you know it.  You know that He suffered and died in your place, taking the punishment you deserved for all your sin.  He has taken all your sin and guilt and shame and nailed it to the cross.  And then He buried it in the tomb.  He rose to life again, but the sin and guilt and shame remain dead and buried.  All of it.  You know that.  You’ve heard it a thousand times before.  And still, you keep forgetting the Truth, don’t you?  Oh, now you’ve gone and done it!  This is really bad.  There’s no forgiveness for you for this, not this time.  That’s what the little voice will say—and sometimes it’s a great big voice, accusing you, shaking its head at you.  You can be filled with despair over your sin, denying that there’s any hope for you, or feel secure in your sin, denying that the consequences, if there are any, will be all that bad.  The one is psychological self-flagellation, while the other is “whistling past the graveyard.”

No, neither one will do.  Instead, our God gives us the comfort and the beauty of the 51st Psalm.  The heading calls it “A Psalm of David, when Nathan the prophet went to him, after he had gone in to Bathsheba.”  David composed this Psalm after the whole incident with Uriah the Hittite and Uriah’s wife, Bathsheba, 2 Samuel 11–12.  He plotted to have Uriah killed in battle after he had sinned with Uriah’s wife.  David then made himself look magnanimous by taking in the widow as his own wife.  The LORD sent Nathan to confront and rebuke David.  David confessed his sin, and Nathan declared absolution: “The LORD also has put away your sin; you shall not die” (2 Sam 12:13).  David felt secure in having got away with his sin, and he also knew despair.  Psalm 51 is a song of our repentance and confession, but of God’s grace and mercy and comfort.  “Have mercy on me, O God, according to Your steadfast love; according to Your abundant mercy blot out my transgressions.  Wash me thoroughly from my iniquity, and cleanse me from my sin!  …  Hide Your face from my sins, and blot out all my iniquities” (Ps 51:1–2, 9).  He has washed you in the blood of Christ through the waters of Holy Baptism, and His blood blots out the record of all your iniquities.  You were marked with the cross on forehead and heart at your baptism, marking you as one redeemed by Christ the Crucified.  You were marked with a cross of ash.  Ashes come from burning, and in Scripture they come from the sacrifices.  So the cross of ashes marking you signifies His sacrifice for all your sin.  And the LORD says, “Behold, I am sending to you grain, wine, and oil, and you will be satisfied” (Jl 2:19).  These are elements of the tribute offering to the LORD; but see, He is sending to you grain, wine, and oil!  Here are the grain and the wine, the vessels of the body and blood of Christ for your forgiveness, life, and salvation!  The oil of anointing, the oil of healing and absolution, the oil of the Anointed One, the Christ, to salve and soothe your wounds, poured on you by the wounded hands of Christ the Wounded!

I received an email today, a word of encouragement from the executive director of Doxology.  At the top it had a picture of a painting.  The subject line read, “He Gets in the Way for You.”  The painting was dark, a nighttime scene.  It showed a man, and a dragon breathing fire at the man.  Yet the fire didn’t touch him.  For he was standing behind the cross.  The cross got in the way of the flames, and the man was unharmed.  What happens when wood is burned?  It turns to ash.  Think of that: Christ and His cross, Christ Crucified, gets in the way for you.  He gets in the way of that old dragon called the devil and Satan, and “he can harm us none,” as we shall sing this coming Sunday.  The cross of ash says, “Jesus Gets in the Way for You.”  Thanks be to God!

And the peace of God, which passes all understanding, keep Your hearts and minds by His Spirit in ✠ Christ Jesus.  Amen.